(ARA) – So, you’ve finally decided to take the plunge and add that much-needed extra bathroom. Smart idea! According to the 2011-2012 Remodeling Magazine Cost vs. Value Report, an added bath will return more than 50 percent of your investment at resale. So what should you do to make sure your money is well spent?

“Take some time to talk to an experienced contractor so you know the best options for your situation,” advises master plumber Mario Rink, co-owner of Mechanical Solutions Unlimited in Culpeper, Va.

The basement is one of the most common areas where homeowners want to install an extra bathroom, says Rink, a professional plumber for more than three decades. But mess, noise and high expense come with blasting through concrete to install a drain line. “I always make a site visit so I can listen to what the customer wants and needs, and then find the best solution for them, both cost-wise and convenience-wise,” he says.

In most situations, there are three choices for a basement bathroom addition: conventional plumbing, sewage ejectors or an up-flush macerating toilet system.

“If there isn’t a drain line, with gravity-fed plumbing, you have to dig through the concrete flooring to create one,” Rink says. “And excavation is messy, can be unpredictable and is expensive.”

Uncertainty is chief among the challenges, he says. Installers don’t always know the depth of the concrete and whether there are rocks, rebar or even a ledge underneath. Any of these can result in delays and even the need to reconfigure the location of the bathroom addition. And, of course, anytime you open up the concrete there is a chance of water seeping through the basement floor.

“Some plumbers will suggest using sewage ejectors as an alternative to conventional plumbing, but there is still major digging involved with those,” Rink adds. Sewage ejectors also require a large (typically 30-inch by 30-inch) sewage tank, which accumulates bathroom waste over numerous flushes before transferring it to the main drain. This storage can also cause odor problems.

When drainage isn’t available, Rink recommends Saniflo macerating, or up-flush, plumbing systems. No digging is required with this clean and simple type of plumbing that is installed right on top of the existing floor. Waste and water from a toilet, tub and sink are pumped up through small-diameter piping, rather than flowing down like conventional plumbing. And the up-flush system never stores waste like a sewage ejector; it’s moved to the septic or sewer with every flush.

Under the stairs? Why not?

Rink says up-flush plumbing makes sense not just in the basement, but anywhere there is no existing drainage – even in tight areas. He’s used this technology for bathroom additions in a variety of locations, including underneath a stairway when a customer wanted to take on a renter, but had limited space.

The ease of installation and low cost make this alternative a smart way to deal with any unusual plumbing scenarios.

“Recently, I had a customer whose elderly mother had no bathroom on the ground floor of her home,” Rink says. “Her daughter was worried about her using the stairs and wanted to add a bath. The only sewer connection was in the kitchen, which couldn’t be used, so I decided to put a full bathroom right inside the attached garage,” where he used up-flush plumbing to create the bathroom.

Rink’s clever solution gave the daughter peace of mind and saved her a lot of money. “With regular plumbing, we would have had to cut and patch the whole garage floor,” he says. “All that additional labor is costly, but it’s the mess that scares people the most.”

Saniflo CEO Regis Saragosti agrees: “What people seem to like most about up-flush technology is that they avoid the pitfalls of breaking up concrete. No one wants that noise or mess, and they certainly don’t want the high cost associated with it.”

“What you get with these up-flush systems is enormous flexibility,” Rink says, noting they can be used for bathrooms, kitchens, wet bars and even laundry rooms. “And you don’t have to dust-proof the house because you’re running around with jack hammers. Up-flush plumbing is a much cleaner solution, and customers should ask for it.”

So there’s no need to wait, even if you’re adding a bathroom in a room without drainage. With up-flush plumbing, a complete bathroom can be installed in half a day, according to Rink. “And the cost is roughly half that of a traditional bathroom.” 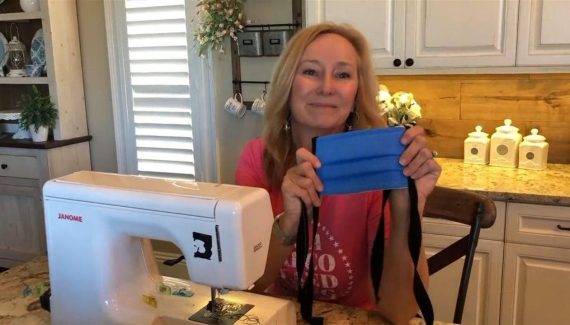