(BPT) – Home ownership is an integral component of the American Dream, but fulfilling that dream can come with its share of nightmares, too. Even the best-constructed, well-maintained house can have problems, and homeowners dread hearing diagnoses such as “You need to re-pipe your home.”

“Plumbing problems can start out with minor irritations like a poor shower due to low water flow, and evolve over time into repeated leaks that cause hundreds of thousands of dollars in damage to a home’s walls, wooden structures, flooring and furnishings,” he says. “Addressing damage from those repeated leaks individually can cost tens of thousands of dollars, whereas completely replacing malfunctioning metal pipework with PEX typically runs only between $4,000 and $9,000.”

Metal plumbing can malfunction for a number of reasons, leading to the need to re-pipe. Sediment buildup inside older galvanized iron pipes can restrict water flow and ultimately lead to the pipes failing. Copper pipes will also wear out over time, and even new copper piping can develop pinhole leaks if corrosive elements are present in the water.

“We’ve re-piped 5-year-old homes that had copper piping that was expected to last much longer,” Butler says. “Ultimately, anything you can do to get away from material that can corrode – metal – is going to be a better investment in the long run.”

Knowing you need to have your home re-piped isn’t always as obvious as dealing with a catastrophic leak that damages drywall. Nor are repeated minor leaks the only sign that metal plumbing may be in need of replacement. Butler points to common signs that homeowners should watch for:

* Poor water pressure in showers or from faucets may actually be low water flow caused by a buildup of scale within metal pipes. Eventually, the scale will completely block the pipes.

* Water temperature fluctuations – shower water turns scalding when someone flushes the toilet or runs the dishwasher – may also indicate constriction is taking place in metal pipes.

* Rusty or cloudy water comes out of the faucet after you’ve been away from home for a while and the pipes have been unused.

* You see obvious signs of water leakage, ranging from pipes that are always damp to water stains on drywall.

* Your neighbors had to have their home re-piped.

In many areas of the country, PEX (crosslinked polyethylene) pipe is the material of choice for re-piping jobs. That’s because products like flexible Uponor PEX last longer, are easier to work with and reduce the need to open walls, resist corrosion and scale buildup, expand up to three times the pipe’s diameter to help minimize damage from frozen water in the pipes, and typically cost less than metal pipes. Uponor’s product has the advantage of also being highly resistant to leaks at joints because it uses PEX-a, the most flexible type of PEX. This type also capitalizes on the pipe’s shape memory, using ProPEX expansion fittings, the only PEX fitting system that actually gets stronger over time.

“Their expansion fitting system makes it virtually impossible to make a mistake fitting a joint together, so it really eliminates a lot of the human error inherent in re-piping work,” Butler says.

Most construction codes across the country now allow for the use of PEX. “Whether you’re replacing metal pipes that have worn out over time, or dealing with hard water that’s shortened the lifespan of newer metal pipes, chances are PEX is a good option for your re-piping project,” says Jayson Drake, director of plumbing at Uponor.

“If you’d asked me 20 years ago, I would have said I would always want to use copper in a re-piping job,” he says. “But I started using Uponor’s PEX in 2007 after thoroughly researching which system would be best for my customers. In nine years, we’ve had fewer installation issues and seen first-hand that PEX lasts longer, doesn’t corrode and resists freezing. If I had to re-pipe my own house, I would use PEX.” 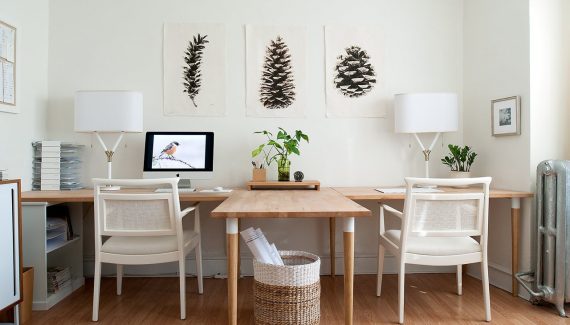