With fall in full swing and Halloween drawing near, a lot of yards are getting spookier and spookier! Charlotte Smith of At Charlotte’s House transformed her yard (playhouse included) into a ghostly graveyard that’s sure to send a shiver up anyone’s spine. With some holiday decor help from The Home Depot, Charlotte was able to take her space from scenic to scary.

It’s virtually impossible not to embrace Halloween when you scroll through this season’s Halloween decor on HomeDepot.com. Without even leaving my living room, I was able to dream up the spookiest, most eerie Halloween scene ever. Filled with skeletons, gravediggers and so much more. The theme of our Halloween this year is a graveyard. The springboard was Wally the Gravedigger and the playhouse my son and I built together. We have plans to transform it into a haunted moonlight tomb. Think we can do it? Keep reading to find out!

Wally is 6 ft tall, waves his lantern in the air and actually moves his mouth as he regales you with his eerie words. I don’t know that you can see in photos, but the details are pretty absurd, even his hat has little sweat stains on it! Once we had Wally set up, the rest of the scene kind of fell into place.

Wally’s faithful skeleton dog sits at his feet surveying the scene. If he sees anything awry, his eyes glow fiery red and he’ll let out a bark! He’s also fully posable so set him up anyway you like.

An ideal graveyard is foggy with the moonlight shining through to illuminate the tombstones. So I needed some fog. The fog machine would have worked all on it’s own, but why not take it up a notch and attach it to this wretched reaper. The reaper moves side to side so the fog goes everywhere!

Also, I used the plastic sheets to create dirty windows with gnarled hands scratching to get out! Then I traced my hand onto a piece of paper and spray painted it black.

I used a piece of masking tape to mark off the outline of the window so I knew where to adhere the hands. For this I was hoping just to use spray adhesive, but it didn’t work so well. I ended up using clear packing tape which was an even better solution since it essentially weather-proofed the hands.

Then I used my staple gun to attach the plastic sheets onto the inside of the window.

My kids love the Victorian reaper – they call him the hawk. He’s hiding in the shadows of the tomb ready to welcome new souls into his lair. There’s a strobe light flashing inside the house giving the reaper an even more sinister feel. If the groping zombie hands weren’t ominous enough.

A string of lanterns helps illuminate the gravesite and the flickering bulb looks just like a flame. Such a great All Hallows Eve detail!

Rats. The shed turned mausoleum needed some rats scurrying all along the outside. Also danger tape — isn’t that the most simple, perfect little detail? I hammered tiny brad nails into the side of the playhouse and then just wrapped some wire around a leg of the rat to hang them on the wall. I secured the tape with staples.

I’ve buried the lead because the star of this show stands at a whopping 12 ft and looks down with moving LED eyes to oversee his graveyard. If you can’t get into the Halloween spirit with a giant standing skeleton, then when can you? My 9-year-old helped me assemble this guy (box recommends two or three people, but it was super easy). The bones are made of light-weight plastic reinforced with metal rods. Once you’ve assembled the hips, you rest the skeleton on the packing box to connect the rib cage, arms and skull. A wire keeps the figure standing tall and a sturdy metal base secures into the ground. And did I mention his eyes light up and move back and forth and blink? Needless to say, we couldn’t be happier with this giant guy. Easy to assemble and so cool. I’m already planning where he’ll go next year!

I keep going outside and finding the kids sneaking into the playhouse to move the Victorian reaper around or to cuddle the skeleton dog. They ask me to turn on the smoke every night and you can see the giant skeleton from the other side of the yard. Needless to say, we love our gravesite and I don’t think I’ve ever been so pleased with the animatronic grave digger that we’ve named Wally. 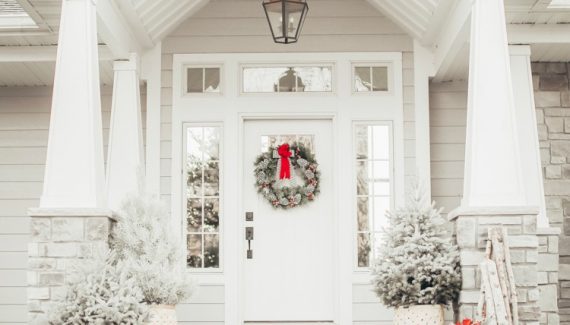 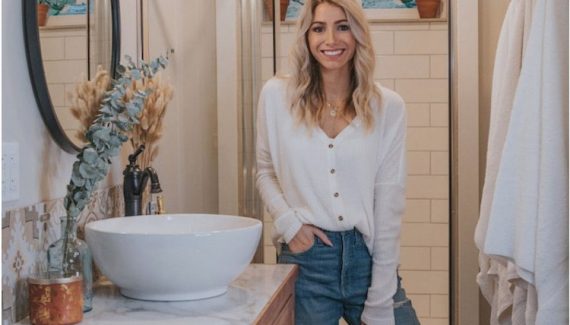